What Homeless Shelters and Refugee Camps Have Taught Me About Seva

The word “seva” means selfless service, but when I reflect on it, I think I get as much out of my acts of seva as the people I’m serving. Some of my first volunteer positions were in homeless shelters in San Francisco, and today I volunteer to support the refugee population here in Greece. The benefits I’ve gained from seva are many and long ranging. I’ve included three below with the hope you might consider doing seva yourself.

When I graduated from Kundalini Yoga Teacher Training in 2009, I didn’t feel like a “real” teacher so I started volunteer teaching at homeless shelters to get some practice. This turned out to benefit me on several levels. I had an opportunity to do my first classes with a forgiving audience. If I got the timing wrong or gave incorrect instructions, they didn’t care. They were just happy to have a stable, cheerful person in the room.

While my students were generally grateful, homeless shelters can be a tough environment. Some of my students were deeply spiritual. Some were deeply disturbed. There was a wide spectrum, and I never knew what to expect. In the middle of one class, a woman started screaming at me that I was Satan. In another, a man rolled in on a wheelchair asking to participate. Some students would break down crying. Each class was different. The hidden benefit to this intense environment was that it expanded my comfort zone quickly.

When I went on to teach in a “normal” yoga studio three months later, it felt extremely calm and peaceful relative to what I was used to. At this point, I can teach in a wide variety of environments without a problem. I owe this in part to my seva efforts at San Francisco homeless shelters. 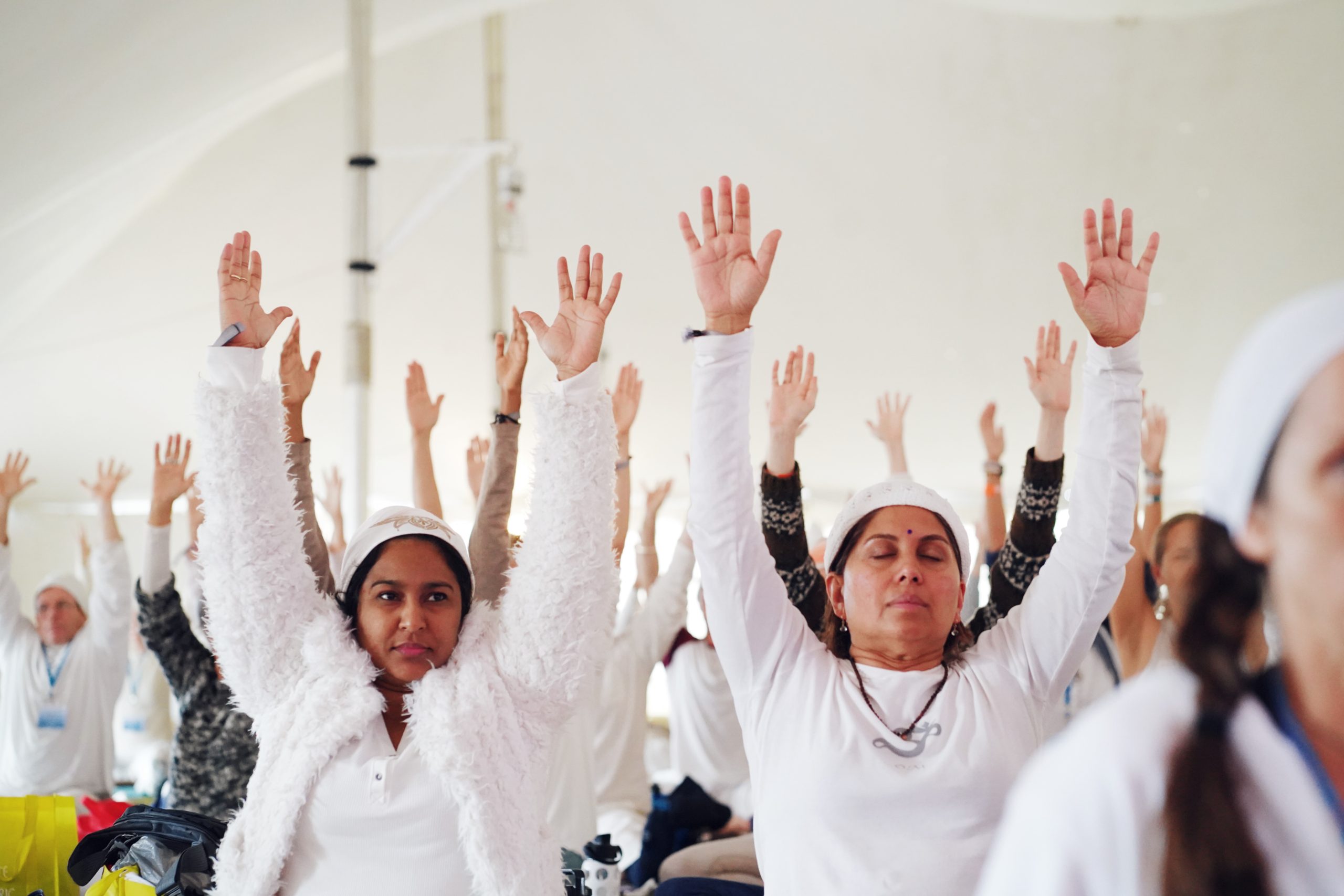 More recently, I’ve been teaching Kundalini Yoga to the refugee population in Athens. My students are usually from Syria, Iraq and Afghanistan, all war-torn countries. Most of my students have experienced trauma in one way or another. They’ve had close family members die, they’ve had their entire lives upended by events beyond their control, and in some cases, they’ve been physically injured by acts of war. All this I knew, so when one student approached me to ask if she could talk with me after class, I assumed it was going to be about some trauma-related hardship she was facing—sleeplessness, panic attacks or maybe the effects of PTSD. But when the moment came, and she approached me, her question was:

“I want to lose weight. The other girls are teasing me and calling me fat. Can you tell me what to do?”

Internally I smiled, and there was that moment of connection when I thought, “Of course you want to lose weight. You and probably 80 percent of the female population…”

If you come from a peaceful or war-torn country, if you are atheist or Muslim, if you eat meat or if you are vegetarian, we really aren’t that different. This seva taught me. 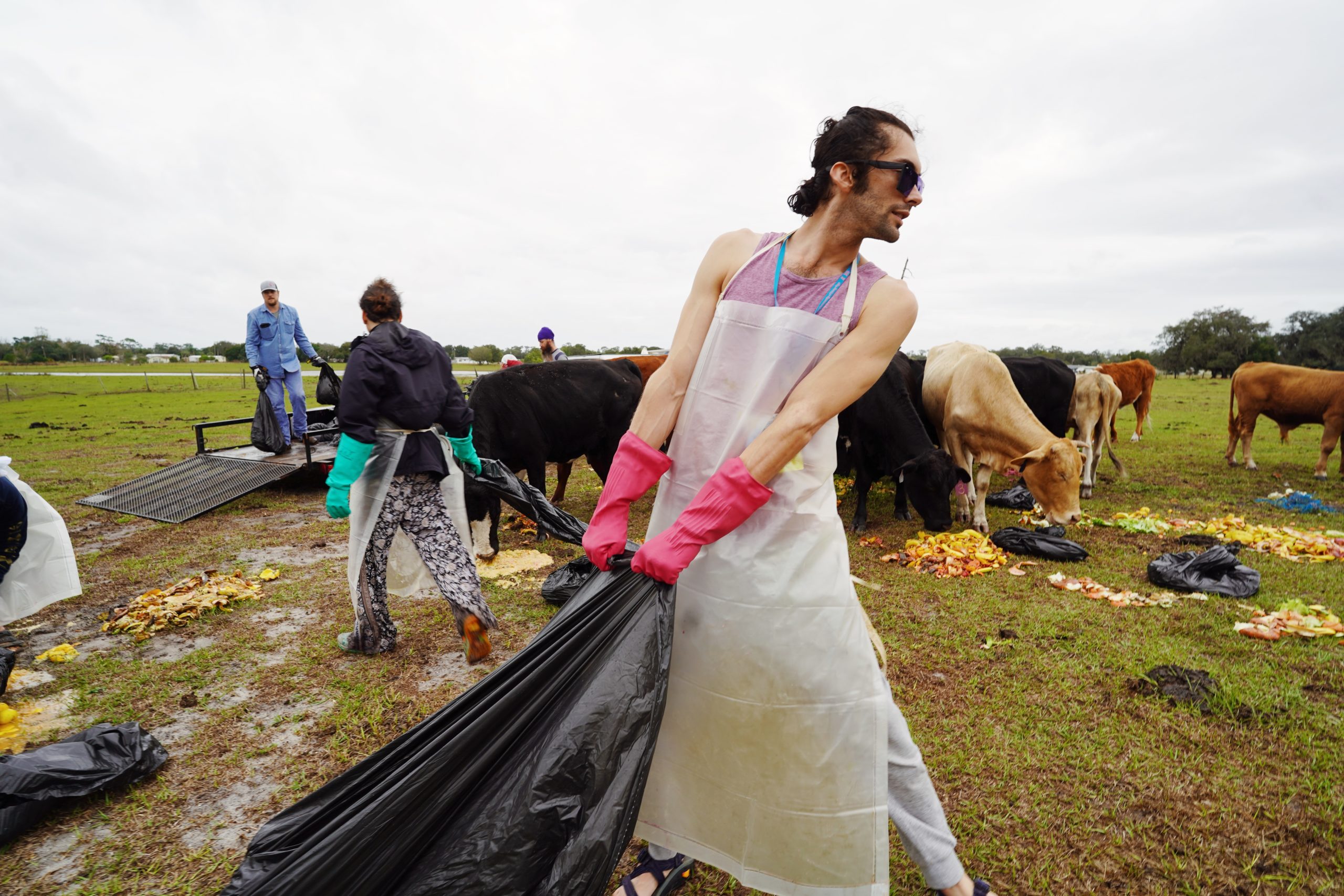 3) I’ve Experienced the First Sutra firsthand: Recognize the Other Person is You

2015 was when I first got involved in the refugee situation in Greece. I went to Lesvos for a weekend to help transport refugees. These were people who had just arrived on illegal smuggler boats and needed to get to the camps where they could register to start the asylum process.

Most of them had to walk the 44 miles/70 kilometers from the shore to the camps. They were often with young children and this was during the summer, which is quite hot in Greece with temperatures often hitting 35 degrees Celsius/95 Fahrenheit in the middle of the day. Many of us felt horrible reading the news coverage about the situation, and as Athens isn’t so far from Lesvos, some of us decided to go help. We appointed ourselves drivers and transported people, focusing on families with children.

There was one Iraqi family in particular that sticks in my mind. The husband was an engineer, his wife was six months pregnant, and they had two other small children. They were lovely, and we chatted about our respective and completely different lives on the drive. On the way to the refugee camp, the husband asked if we could change money somewhere. He had US dollars but no euros. I knew he’d have a problem with no ID so we agreed we’d do the exchange together in a bank at the port since I had my US passport.

In the end, parking at the port proved impossible, and we were running out of time so finally I parked illegally, handed him the keys to my rental car and said, “You’ll stay here with the car. Try not to do anything.” He handed me $500. We both looked at each other like, “This is a messed up situation,” and then I ran inside the bank to change money. When I returned, I was carefully showing him the receipt, the exchange rate and the fees, but he laughed at me. “Lynn, it's fine. I trust you.”

The truth is we trusted each other. We had known each other less than 24 hours but in that moment, I think we both saw ourselves in the other—two regular people doing the best we could in the middle of a complicated situation. It was a powerful moment and one I will never forget.

I could give more examples, but experience is really the best guide. So, if you get a chance to do seva, take it. Take it for the right reason (the Universe understands intention)—if your motives are pure, and your hope is only to benefit others, that intention will boomerang back to you. And you never know what you might learn or gain. 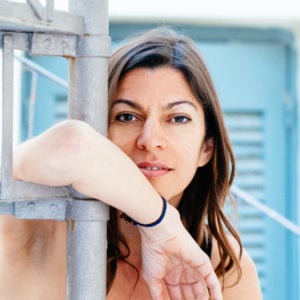 Lynn Roulo is an American Kundalini Yoga and Enneagram instructor living in Athens, Greece. She teaches a unique combination of the two systems, combining the physical benefits of Kundalini Yoga with the psychological growth tools of the Enneagram. She has written two KRI-approved books combining Kundalini Yoga and the Enneagram. She blogs about living in Greece and about her journey from being a San Francisco CFO to an Athens Yoga instructor. You can learn more about Lynn and her journey at www.lynnroulo.com.

Lynn Roulo is an American Kundalini Yoga and Enneagram instructor living in Athens, Greece. She teaches a unique combination of the two systems, combining the physical benefits of Kundalini Yoga with the psychological growth tools of the Enneagram. She has written two KRI-approved books combining Kundalini Yoga and the Enneagram. She blogs about living in Greece and about her journey from being a San Francisco CFO to an Athens Yoga instructor. You can learn more about Lynn and her journey at www.lynnroulo.com.
By continuing to use our website, you agree to the use of analytical cookies to collect website visitor statistics and give you the best user experience possible. We value you and vow to never sell or give out your personal information. You may visit "Cookie Settings" to provide a controlled consent.
Cookie SettingsAccept All
Read More
Manage consent