A Beginner's Guide to Kundalini Yoga

What is Kundalini Yoga?

Kundalini Yoga is a holistic discipline that was introduced to the West in 1969. It is known for its repetitive movement patterns, dynamic breathwork, and active meditations. Classes are often energetic, with sound and mantra playing a central role in the practice.

In Kundalini Yoga, the primary focus is on the movement and transformation of energy. Many people describe the experience as exhilarating, euphoric, and powerful. But the best way to find out is to try for yourself! On this page, we’ll walk through the basics of practice and the tools you need to get started.

The Elements of Kriya: Your Practice Foundation

There are many different aspects of a yogic lifestyle and mindset. But when people talk about “doing yoga,” what they usually mean is taking some time from your day to practice a kriya.

In Sanskrit, the word kriya means action. Within the context of Kundalini Yoga, kriya refers to a specific set of exercises that are designed to deliver a complete experience with a specific result in consciousness. A Kundalini kriya will include a deliberate combination of physical postures (asana), hand positions (mudra), mantras, and breath patterns that impact the flow and quality of energies in the body. The channeling and redirection of energy is a core principle of Kundalini Yoga. 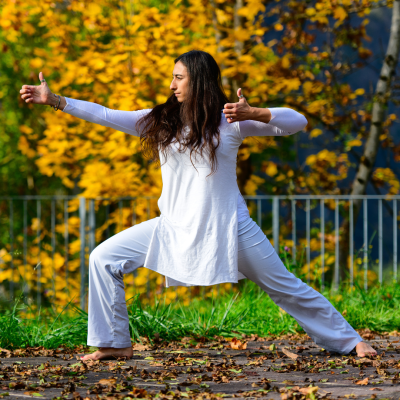 There are six key building blocks that make up any Kundalini Yoga kriya.

These core components are found across yogic disciplines, but here we’ll review the specific role they play in Kundalini Yoga. Utilize the menu below to navigate to each individual topic on the page.

Breath is the most fundamental aspect of any yoga practice. It is the first and last thing we do in life. In the meantime, it sets the rhythm of our days and nourishes us with oxygen and the vital life force called prana (also known as Qi or Chi in the Chinese tradition). There are four basic parts of the breath: 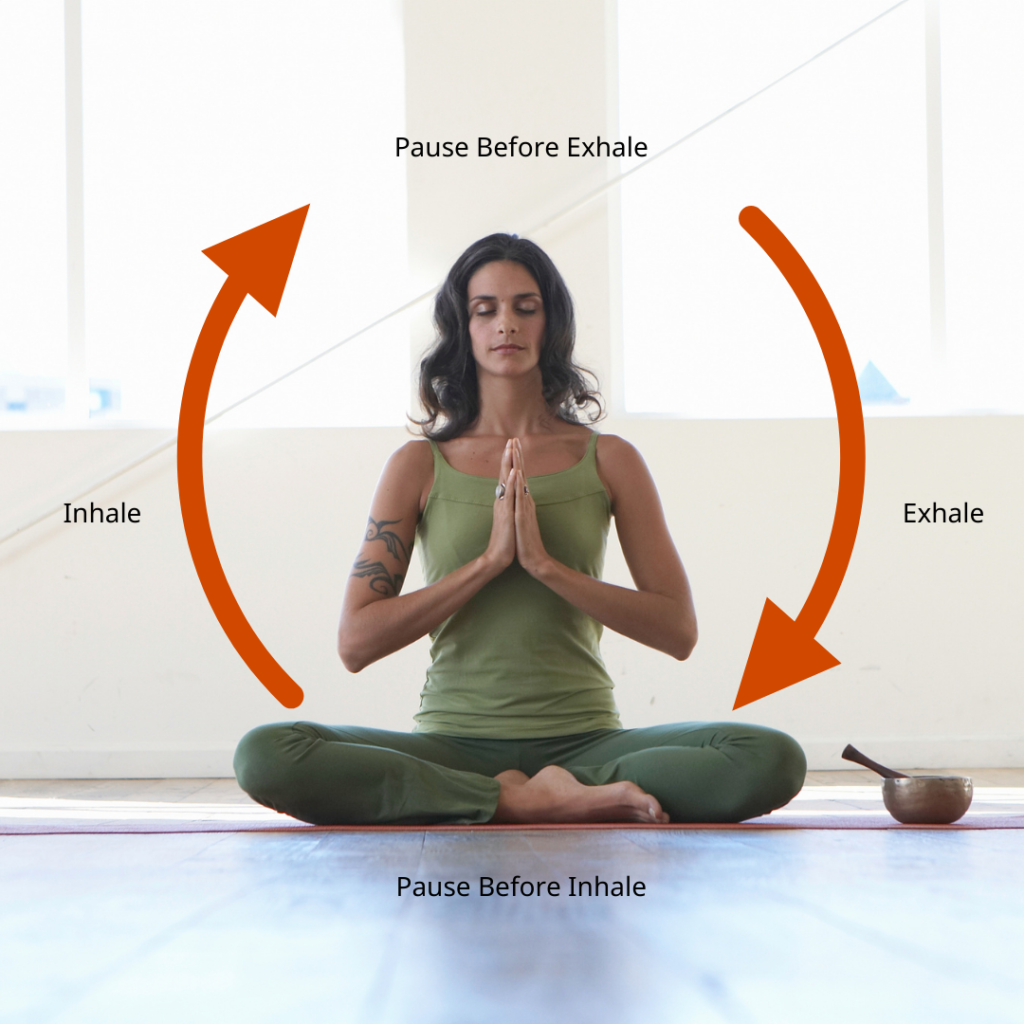 These are the building blocks of all breath, whether we are conscious of them or not. The practice of pranayama (breathwork) involves deepening our awareness and ability to control the breath.

Breath is the starting point for yoga practice because it is the primary means through which we generate and organize our bio-energy, or prana. Conscious breath allows us to move and direct the flow of energy through the body.

There are many breath techniques that you’ll encounter in Kundalini Yoga, but the two most fundamental are Long Deep Breathing and Breath of Fire.

Ready to practice? Learn more about the power of the breath by clicking the button below.

Learn More About the Power of the Breath

When most people think about yoga they’re thinking of asana, the physical postures and exercises for which yoga has come to be known in the West.

Asana is the Sanskrit word for posture, and although it’s important, it’s only one aspect of the yogic path. Kundalini Yoga focuses less on asana than some other modern traditions, but it is still a fundamental aspect that will be part of nearly every kriya you practice.

Just as breathwork helps to cultivate and distribute prana throughout the body, asana helps to direct that energy flow. A major role of asana in Kundalini Yoga practice is to clear, strengthen, stabilize, and open the body to receive its own vital energies. The position of your body dictates in part how those energies can circulate.

One thing to note about asana in Kundalini Yoga is that the postures are often dynamic and in motion (unlike the static and longer holds practiced in Yin or Hatha Yoga, for example).

While asana dictates the posture of the body, mudra specifies the shape of the hands. There are thousands of nerve endings and meridians in the hands and fingers, and the position of your hands can have as much impact on your consciousness as what you do with the rest of your body.

Through mudra, you create neural circuits via the electrical energies of the fingers and hands. The position of the hands sends specific signals to the brain, allowing you to open and close the energy channels by your own will to direct the flow of prana in the body.

The basic concept is the same: directing and redirecting the flow energy. The Sanskrit word for eye focus is drishti, and the practical and philosophical teaching is that where your attention goes, your energy flows.

Most Kundalini Yoga kriyas call for closed eyes, although some specify for the eyes to remain 1/10th open. In addition to this, there are four primary areas where the eyes (and attention) might be focused: 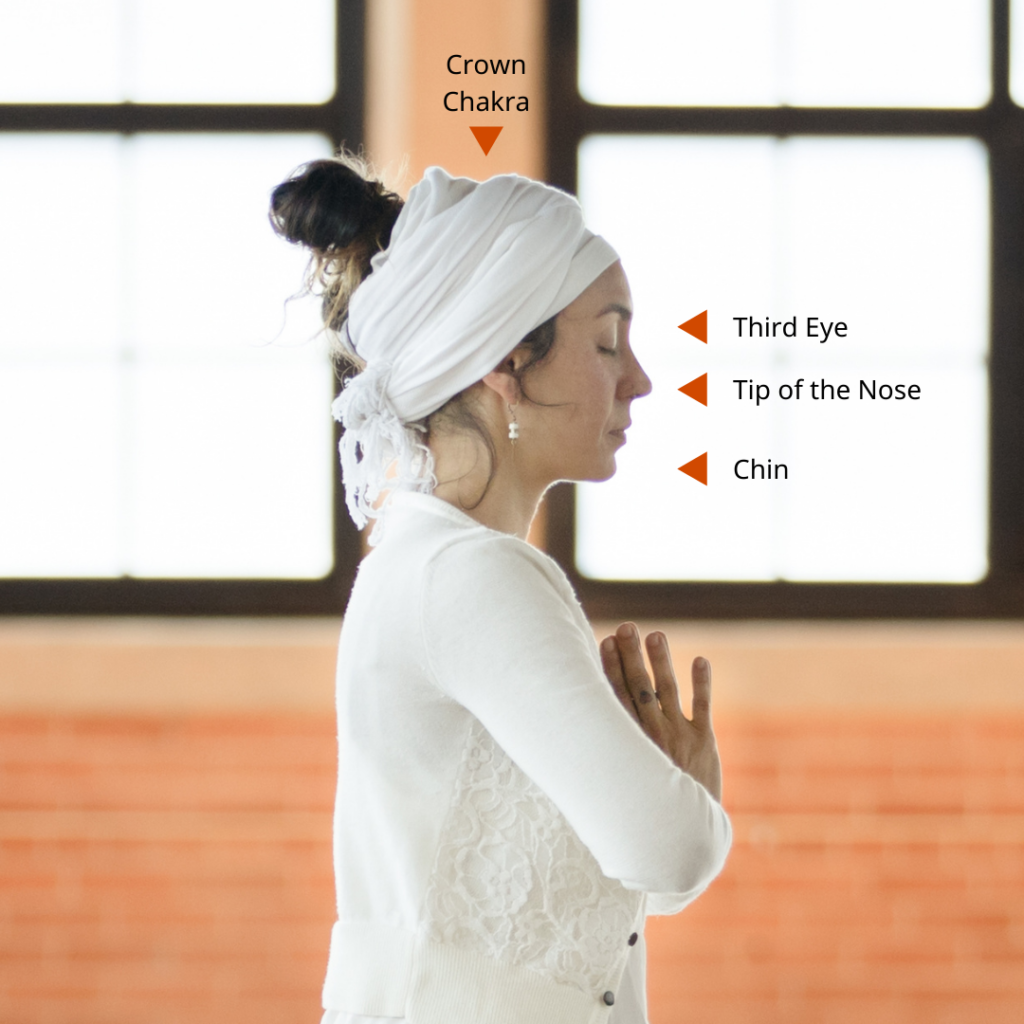 Of course, with the exception of the tip of the nose, it is impossible to actually look at any of these points. The idea is to direct your gaze as though you were looking at these points from within. This strengthens the occipital nerve and muscles of the eyes.

One thing to note is that some people have a difficult time closing their eyes, or may feel unsafe when doing so. If practicing with closed eyes is triggering for you, keep the eyes open with a soft gaze, not focusing on anything in particular.

Another key aspect of Kundalini Yoga is bandha practice, also known as body locks. Bandhas are physical exercises that involve the constriction of particular areas of the body to block the flow of energy, which results in an increased energy flow in the opposite direction. The bandhas work to gently release more pranic energy for conscious awakening.

Bandhas are designed to specifically work on the granthis, or psychic knots, that prevent the free flow of energy through the primary channels. While the bandhas can be practiced on their own, they are more often interwoven into kriya and meditation practice. They are often called for at the end of an exercise to consolidate and maximize your effort.

In Kundalini Yoga there are three fundamental body locks: 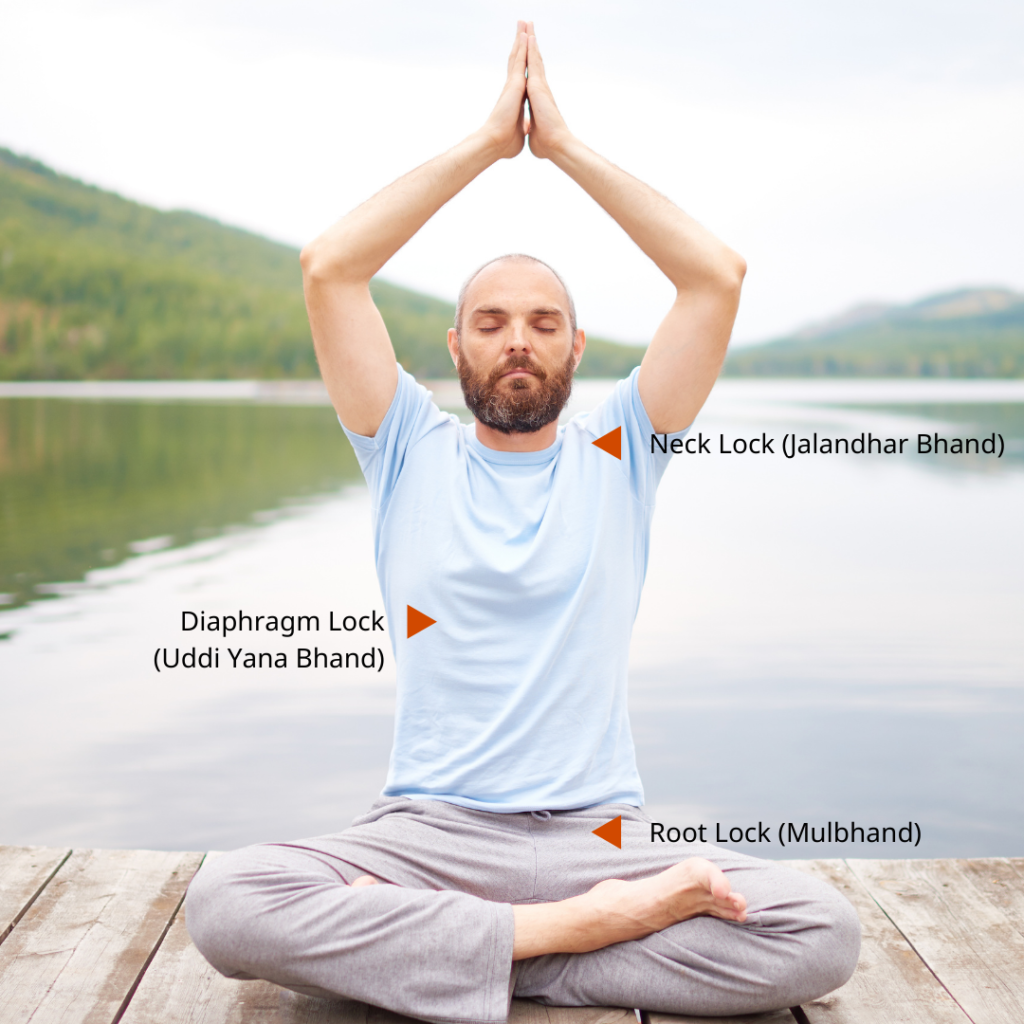 In addition to this there is also the great lock, Mahabhand, which involves engaging and sustaining all three locks at once.

Each body lock involves the contraction of a certain area of the body. They are usually engaged for a short duration while retaining the breath either in or out, though some kriyas may ask you to lightly engage a lock throughout the duration of an exercise. As your practice deepens, the locks often become automatic.

Learn More About the Bandhas

We’ve discussed breath, body, and bio-energy as they relate to practice. Now we come to the final ingredient in the Kundalini Yogi’s basic toolkit: sound.

A mantra is a set of specific, repeated sounds. Sound is vibration. A sound of any kind activates the molecules in the air around it, plus the molecules of whatever that air interacts with. By repeating specific sounds, you literally adjust the vibration of both your environment and yourself.

As yoga originated in India, most traditional mantras are in languages and dialects indigenous to the Indian subcontinent, many of which (such as Sanskrit) are no longer spoken. Kundalini Yoga includes mantras in Sanskrit, Punjabi, Persian, English, and others.

Because they are based on frequency and sound current, a mantra will create an impact whether you are a speaker of that language or not. In the case of mantras in a familiar language, however, you are also experiencing the benefit of that repetition through a different part of your brain—the part that understands and interprets language. Thus through the repetition of positive mantras and affirmations, you also affect the subconscious belief patterns within your brain. (For mantras that aren’t in your mother tongue, you can benefit from this effect by familiarizing yourself with the translation.)

Kundalini Yoga integrates mantras into practice, and you will often see them used as part of a kriya. A mantra can also be practiced on its own simply by singing, chanting, or reciting it for any length of time. Chanting is a great way to become familiar with the experience of different mantras before combining them with other elements in a full kriya.

Now that you understand the basic building blocks of a kriya, it’s time to put them together into a practice session!

Next up, we invite you to:

Join us on a walk-through of a typical Kundalini Yoga session, from start to finish.

Subscribe to our inspiring bimonthly eNews, including kriyas, recipes, events, and numerology updates.

Find just the kriya you need, anytime you want to practice.